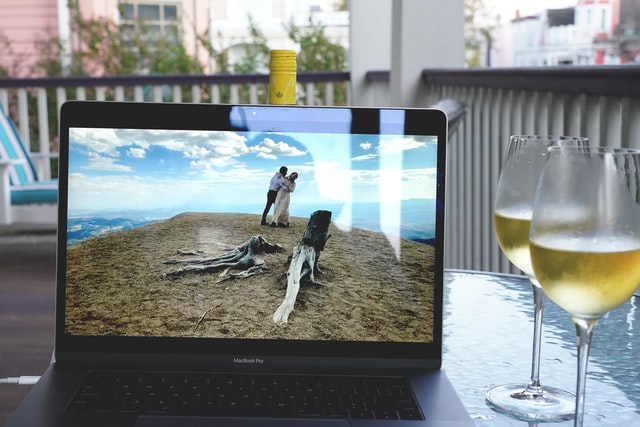 Exception means exceptional condition(s) or abnormal condition(s) which occurs during program execution. Generally, programmers write code in an idealized environment, considering- user will input only the correct values, the file will always be found on a defined location, the network will not break, etc, but in real-time or in production environment applications, this idealized environment is not possible each and every time, exceptional conditions can occur any time and due to such abnormal conditions, the normal flow of program or application can break.

When a normal program execution disrupts due to some errors/unwanted situation, is called Exception or Exceptional condition. Exceptions can occur due to many reasons(s).  I am listing a few of them.

Suppose we write an application or programs in java. We are running our application, but it is not running completely and disrupting abnormally. Due to some of the unwanted situations or errors, our program is disrupted, and the error message which is displayed is not clear,  then it will be challenging to debug the issue to get to the root cause of the error.

It will be very time consuming to understand things. Even due to program disruption our application is not running properly and we are not sure about its behavior. To avoid such situations, in Java there is a mechanism called Exception handling.  Java provides Exception classes to handle the Exceptional situation through that we can handle the exceptional conditions.

When an exception occurs it is required to handle so that it will not impact any other related programs in an application.

What is Exception Handling in Java

Exception Handling is a mechanism to respond at the time of occurrence of exceptional conditions or exceptions during the program execution.

Due to the normal flow of program disruption, the method/program/Application terminates abnormally and does not return normal/any value.  Here Java provides one alternate exit path due to which it throws an Exception object encapsulating the error information. An Exception object is an instance of a class that is derived from the Throwable class.

For example, When you write java code as below to create a file it gives a compile-time exception by stating “Unhandled Exception type IOException”.

This method is giving a compile-time exception because in java some of the possible error-prone conditions are already known and forced the programmer to handle it. See this program and think- can’t it be possible that the file or file path which is mentioned might not exist then how the program will execute. Definitely it will break and would not execute. Considering such situations Java already gives this exception at compile time so that you can handle this exceptional scenario and can take the required action.

When an exceptional situation occurs, instances of two of its subclasses Error and Exception are created for relevant information such as stack trace data. It also contains a String type message object to provide information on the error.

The throwable class comes under java.lang package and has its two main subclasses Exception and Error.

The throwable class has one String variable for detailed information about the actual exception.

An error is a subclass of Throwable class. It indicates a serious problem that a reasonable application should not try to catch. The error can not be recovered and the only solution to recover from error is to terminate the program. The error occurs at runtime so we can say it is an unchecked error. It occurs in the environment in which a program is running like OutOfMemoryError occurs when JVM runs out of memory and StackOverflowError occurs when stack overflows.

Example of Unchecked or RuntimeException is NullPointerException, IllegalArgumentException, etc

Checked exceptions cannot be ignored by the programmers as until unless compile-time error would not be resolved, the program would not be run. Checked exceptions can be handled easily as it comes at compilation. Compile-time errors could be like reference class is not found, the object is created but not initialized, etc Example of checked Exceptions are IOException, SQLException, etc.

Some of the useful methods of Throwable class are:

This method returns the detailed message String of current Throwable. Messages can be provided in the constructor while creating the exception.

This method returns the localized description of the current Throwable. Subclasses can override this method to provide locale-specific messages.

This method returns the cause of the exception. It returns null if the cause is nonexistent or unknown.

This method returns the short description of Throwable in String format. In this method, the returned String contains the name of the Throwable class and localized message.

This method prints the current throwable and its backtrace information to the standard error stream.

This method prints the current throwable and its backtrace information to the specified print stream.

How to handle exception

Exception can be handled by using any of  below methods

The try/catch block can be applied within a method. Java try block is followed by either catch or finally block or by both.

Try block is used to enclose the line(s) of code or block of code that needs to be tested or can cause any issue during execution.

So we can say, we write functional code in between the try block and exceptional handling code in the catch block. If any exception occurs in the try block on a particular line, then code written after that does not execute. It is recommended, code that would not cause any exception should be written out of try block.

In this given sample code, we are trying to print the array value for index 1,5 and 3 through the main method. From the defined array ‘testNum,’ we can get the value from index 0-3, Value for index 5 is not defined in the array so that it will give an error. As in this program, we are using try/catch block to get the array values; the program will execute completely while an error will occur for index 5.

If you want that expected exception(s) should be handled in the calling method, then the Throws keyword is a good choice to be used. A very good example of the Throws clause is – when we create an object of FileOutputStream class to write in a file then you need to handle first already declared exception FileNotFoundException.

Example: In the given example, in getFile() we are not handling any exception using try/catch block while throwing to be handled in the calling method (here in main()).

We use this throw keyword in exception handling to throw the exception explicitly inside the method. The throw statement starts with the throw keyword which is followed by an object that is instantiated from the class Throwable or any of its subclasses.

The Throwable object can be instantiated either by using the new operator or by the argument of the catch clause. The syntax for throw statement is something like

Exception throw clause is generally used to throw custom Exception(s). Using the throw clause we can throw checked and unchecked both exceptions.

Example: In this example, we are trying to print the name from the string array bypassing the index value.  if we will not pass the correct index value, the code will not execute completely. So to handle this situation we are throwing the ArrayIndexOutOfBoundsException inside the method. Due to this, program execution is not breaking and we are able to get the name from arraylist as per passing index value.

Finally block is used to run some piece of code in any situation, whether in the normal execution of a program or in exceptional condition or we can say program written under try block or in the exceptional situation in the catch block. In the finally block we write important code which should be executed in any case during method calling such as closing connection etc

Example: Here in this example we are closing the file, in any situation either data is written successfully in a file or any exception is coming.

User-defined exceptions are created specifically for the application, business logic, module, and workflow. It helps the application developer to debug and analyze the actual problem quickly.

How to create User defined exceptions

Custom Exception class example and implementation: In the given below example, we have created a CustomExceptin class named  “TestApplicationException”.  In Test class, we are using this custom class to throw the exception.

Although there is no restriction to use any exception handling methods, it is recommended to use it carefully in your application. Because of Exception handling, it should not be like our main logic gone away, application readability, reliability, and maintainability are compromising, non-required events are filling in logs or application, or application performance is impacting. In the real world of programming, there are situations when we need to use nested try/catch block or multiple catch blocks, etc. But we recommend these should be implemented after proper analysis.