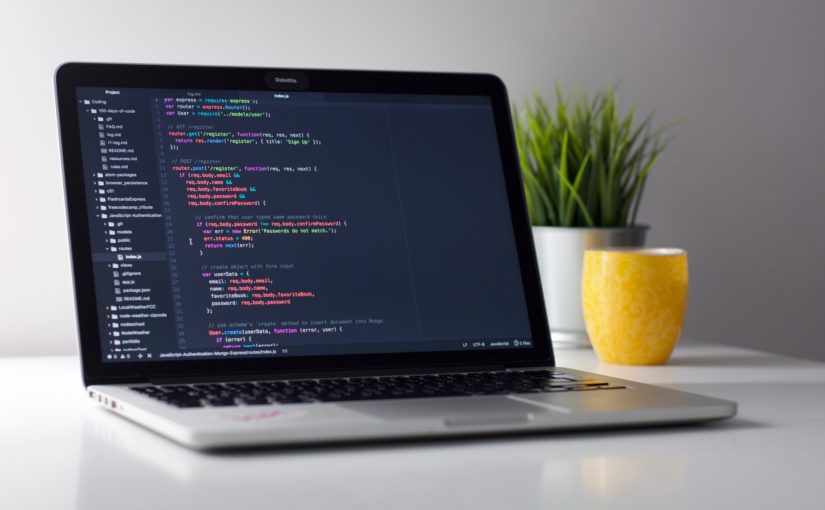 Java is an object-oriented class-based easy and secure programming language developed by Sun Microsystems in 1995 and later owned by Oracle Corporation.

Java is a platform-independent or we can say cross-platform multi-purpose programming language (cross-platform means can run on any platform). Java is also called WORA (Write Once and Run Anywhere) means Java Source code can be written, and compiled on one platform (Operating System) and can run on any other platform (operating system) too.

We are taking a simple example to print “Hello” on the console.

In this example FirstTry is a java class name, main() is a method which will be called by JVM to run the program, and println() is also a method name to print “Hello” word on the console.

Java is a language which is loved to develop software because of its amazing features:

Java is based on object-oriented programming. In Java everything is based on Object and on the interface of the object. Object is a logical identity. In Java, Object is created by using the new Keyword.

To work with an object it is required to understand the key features of Objects which are behavior, state, and Identity. To understand the object features we will take the example of Speaker. As we know the Speaker has a volume and power button and we can increase or decrease the volume using the volume button as per requirement.

State: How object behaves when methods are applied with the object. In another word, states are variables/attributes which define the objects created by the class. As per Speaker example when applying increase/decrease volume function, speaker volume state changed from low to high or high to low as per respective applying function.

Identity: How an object will be identified uniquely. A company has the same speaker with the same state and behavior with a unique identity number to trace it. For example Sony company has many speakers for the same model but then also each speaker has a unique number to identify it.

Unlike many other programming languages including C and C++, Java compiles the source code into bytecode which is not platform dependent. This byte code can be run/executed on any platform by the Java Virtual Machine.

Java is secured as it does not use pointers and program runs inside JVM. Package feature is also there to separate local files with network files.

Java is Architectural- neutral because of its compiler feature which converts source code to bytecode which is not computer architecture-dependent. This Byte code is getting used by JVM to execute the program which is Architecture specific.

Java uses Byte code to execute the program which is comparatively faster than other traditional interpreted programming languages. Java performance becomes high because of the Just-In-time compiler in JVM. It compiles the byte code once, cache the result and on needing bases calls them again. This logic improves the performance tremendously for commonly used code.

Java Interpreter interprets Bytecode prepared by Java Compiler to execute the program on any machine on which the interpreted has been ported. Java interpreter is specific to the machine.

Java has extensive libraries to interact with TCP/IP protocols like HTTP and FTP. Java objects can be communicated across the network via URLs. It is as easy as accessing a local file system.

As we know dynamic means constant change or motion. Java is dynamic in a number of ways. Java is dynamic in the sense that it can be adapted to any evolving environment. New methods and instance variables can be added freely to the libraries without making any effect on their clients. JVM can decide at runtime which methods need to be executed through dynamic polymorphism. Memory is allocated to the objects dynamically at runtime.

A thread is a small set of programming instructions which are managed by the CPU independently. Using Threads performance of the application can be improved.  Detailed description will be given in the separate topic of thread in this tutorial

Java was started in 1991 by the group of Sun Engineers leading by Patrick Naughton and Sun fellow James Gosling. They wanted to design a small computer language that could interact with consumer devices like Television. Since there was a limitation of memory or power in these devices, it was required to keep the language to be small and generate tight code. It was also considered that different manufacturers will use different architecture so it will not be restricted to any specific architecture. This project was started with the name “Green” and teams were called “Green Team”

As per requirement for small, tight, and platform-independent it was decided to design a portable language that will generate an intermediate code for hypothetical machines (virtual machine). Then this intermediate code can be executed on any machine which is having the correct interpreter. Green team used a virtual machine to solve their main problem.

Green team was from a Unix background. For their language they decided to take the base of C++ and OOPS concepts. Gostling gave the name to this language “Oak”. In one of his interviews he said ”All along, the language was a tool, not the end”. Later the Sun team changed the language name from “Oak” to “Java” as they realized Oak was already the name of an already existing computer language.

Java came into use in 1995. The first version of Java was released by Sun in early 1996 and after just a couple of months released Java1.02. In 1998 Java version 1.2 was released which replaces early GUI and graphics toolkits with a sophisticated and scalable version. It was closer to this language aim “Write once, Run Anywhere”. Three days later of this release in December 1998 its name was changed from Java one to Java2.

Since then different incremental Java versions came with a small number of new features, performance incremental, and of course with bug fixes, etc. over the last Java 2 release version.

So far many Java versions have been released. The latest released version of Java is Java SE 14 which was released in March-2020

Some of the applications where Java is in use are:

Different types of Java applications can be created using Java:

There are 4 platforms or editions of Java :

To learn Java, It is required to have basic knowledge of computer programming and OOPS concepts.

This Java programming writeup is prepared to help java beginners.

This Java writeup is prepared in easy language by referring to good Java books and tutorials. However, if you feel any mistake or doubt please post us in contact form to resolve your query as soon as possible.