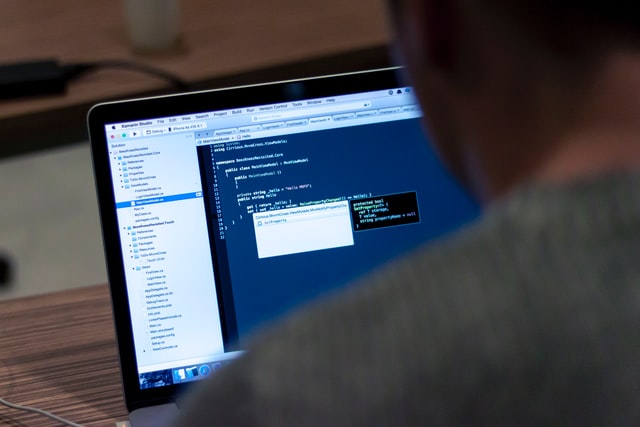 In this topic, we will understand and write a simple Java program (Assuming Java is installed on your system). A Program is all about step by step instructions to be executed by the computer to achieve our requirement in a quick and efficient way. To understand Java basics we will write a simple program to print “Hello! RoundTheTech”.

The prerequisites to start the Java Programs

3. Select ‘Java Project’ or ‘type of project you want to develop’ from Wizard option and click on ‘Next’ button

4. New Java project screen will appear and do as below:

6. You can see your created project in eclipse IDE.

9. Write java code in the created class. Class will automatically be compiled and will lie in the class folder.
By default compiled source code goes in the bin folder.

How to Set JRE in Eclipse

In this program, we used keywords – package, class, public, static, void, main, String[], System.out.println(). Always you should keep in mind that Java is a case sensitive language, so you have to use the same java keyword as mentioned. If there will be any mistake in the alphabet case it will not work, like if main() is typed as Main(), Program will not be executed.

‘package’ is a java keyword used in small cases only.  The Java package is a collection of related classes, sub-packages, and interfaces. Generally we keep related classes into the same package for easy management. For example- w created the java.util package, then all utility classes will go into this package. We can easily write our own class, and on a requirement basis, we can import other class(es) from the existing or another package.

packages are used for:

Class-Name is not a keyword while it is a name by which Java class would be identified. Class Name could have more than one word without space and it is always unique. Class Name could be the combination of alphabets and digits but the First letter would be an alphabet. It is given followed by a class keyword and always given in CamelCase means the first letter of each word will be in capital letters. Like in our example- The Class Name is FirstTry. In FirstTry there are 2 words First and Try. Both words (First and Try) are written without space and both of the words’ first letter is capital.

As we know public means open to everyone and in the same way, it is used in java, if a class is defined as public it means it will be available to every other class. It is used in small cases only. In Java, the public is a keyword and used as an access modifier. Access modifier means the visibility or scope of a class, constructor, variable, method, or data member. In the given example, the public keyword is used for method main(),  which will allow this main method to be visible out of this class too.

It is a keyword and is given in small cases only. The static keyword can be used with variables, methods, and blocks in a class and known as static members. Static members in class do not belong to instance while Static members belong to the class. So these members are invoked directly by class name and no need to create an object to invoke them. For static members, a single copy is created in memory which is shared among all the objects.

JVM calls main() to execute the program. It is not required to create an object to invoke the main method. Since main() is created as a static method followed by static keyword

main is a method name in Java and used in small cases only. It is used by JVM as a starting point to execute the program.

‘String[]’ is a  String type Array parameter while ‘args’ is the parameter name in main() method. It is used to pass the argument values to the function. If you want to pass any value(s) as an input to the function you can pass using this command line argument array.

It is a statement used to print the message(s) or argument(s) passed to it on console, like in the given example it is used to print “Hello Round the Tech”. In this statement:

Java programs can be written in Notepad or Notepad++ or any other text editor. You can also use any advanced IDE(Integrated Development Editor) that supports Java to write java programs. For beginners, my suggestion is to write some simple programs using a text editor such as Notepad/Notepad++(my choice is Notepad++) to understand the actual underlying concept and workflow of the program. Although for project development, we use Java Integrated Development Environment (IDE) too. Using IDEs, development becomes fast and easy. Generally for Java development, developers prefer to use Eclipse, NetBeans, IntelliJ IDEA, Android Studio because of these development favorable features. Some of the famous IDEs are mentioned below: